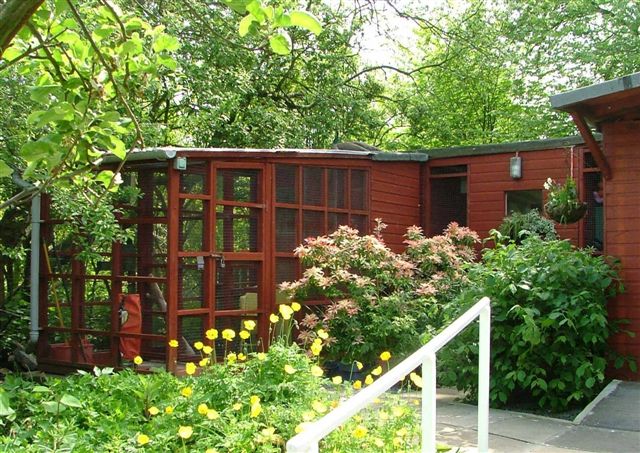 Last week we boarded a new friend called Paddy. His owner Sheila had confided she has been having a little trouble getting close to her friend since her having an operation last year. She wondered if we could address his relationship with humans, see if he could become friends with us again. He certainly was hissy when he came in and rather defensive. We decided he was a bit mixed up about what was expected of him and made it plain to him we expected contact and would be grooming his long coat, stroking him gently and Alan started a programme of getting him used to being lifted and carried. He settled down and each day we increased contact. He went home on Friday and we received the following email (shared with Sheila’s permission):

I have to say huge thanks to you for having Paddy. After collecting him yesterday, I was greeted with much miaowing, lots of head butts and allowed to pick him up for cuddles. But the icing on the cake came when I sat down after dinner. With no prompting whatsoever he jumped up onto my lap, lay down and virtually demanded to be stroked!!! He remained there for a whole hour at least. And this morning while I was having a cuppa, he came and sat looking up at me and as soon as I said ” come on then big boy ” he was on my knee quick as a flash.

I don’t know what kind of magic wand you waved but it has obviously worked it’s magic on him. I really can’t thank you enough. Long may it continue.

Not only that, but he is back to sleeping against my legs on top of our bed as well, that too had ground to a halt. Such a wonderful change

With thanks
Sheila McIlroy

Toggle the Widgetbar
This site uses cookies: Find out more.