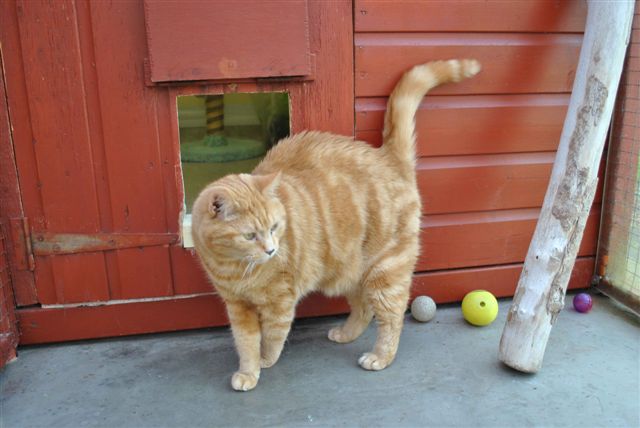 There’s been a change of personnel here at the cattery as Alan moved out, Brenda and Katie moved on, Strider moved in and Corrie and Poppy went to aged doggy heaven (ahhh!).

Nadav came to us on Sundays, initially for her school’s Duke of Edinburgh award and she is staying on as weekend helper.
I’m looking for an older adult helper (or two) to start by April, to work in the cattery up to say, 22 hours a week, to enable me to rest, write, get other stuff done. You know, have a day off like normal folks do! This could be run as a job share to work round at school or after Uni hours for example. If you are interested or know someone of good heart who is, please get in touch for details, contact as below.

Daughter Jaime has been home, giving me support, a break and helping me with the transitioning. Jimi my cat has been giving me love to keep me right.
Strider: well he’s a dog – he can’t help that – has been learning much, including how to let cats rule your life. I found him in a chance encounter in Cumbria, on the way back from a writing retreat. He has had to learn how to live inside a house and not eat sheep nor chase deer. He is on his way to being a useful therapy dog – he just loves cuddles!

Bookings continue to go well, right through the coming year. That new cat kitchen will be finished in 2019! The single isolation unit was showing its age in all ways. The simplest thing to do seemed to be to replace it completely. I want to improve the concrete base area while we have the opportunity during its removal. This will be done during the closed period from February 2nd to March 21st (I will be closed as I used to be, while its too, too cold!). The rebuilt unit will match in nicely and have up- to-date electrics, extra windows, facilities for old-age pensioner kitties, all much as we have done in the other units which were made-over in March 18. These are for our special cats who stay who have extra needs and will be appreciated by all boarders.

I’ve put off finalising the details while DEFRA wavers, changing and revising regulation and licensing requirements, which were rushed onto English kennels in October . New rules and a new star rating system have not yet filtered to Scotland. It’s good to have time to adapt and decide which way to go. I would like to invest in buildings designed by experience of cat behaviour and working practicalities as well as knowledge. The building regs committee comprise big charities who had to pay to be on it apparently.  Many don’t actually board, although they offer long-term accommodation and do not intend to be inspected themselves to these standards. Kennel owners were under-represented due to the costs and lack of engagement, that is: we were asked to comment during peak boarding season , well thats not possible on an already 14 hour day. Gripe over. Politics and poor engagement are everywhere!

In 2018 I stepped back, (sigh), into Reiki and healing work which I have missed. I took up playing the harp as a ‘distraction’. It sure makes the brain work, as well as the fingers. I continued my poetry and storytelling work, with monthly local events. I ran some community spoken word and music at Belleisle conservatory. I have contributed to events at Kilmarnock station, Kelvingrove Museum as well as Cameron’s theatre bar. Here is me, after telling stories at Dundonald Castle. (pic pending)

The only thing I have yet to learn is how to rest and relax, hence the need for helpers.
I’d like to thank all the friends near and far who have supported me and indeed Alan in this last year. Your love and practical care have made all the difference. 2019 is Year of Hope. I hope it’s a good one for you. I send love to the little furred ones and wish a prosperous New Year to us all.
Rosie
Specialcats of Ayr, Weston Cottage, Annbank, KA6 5EY info@specialcats.co.uk
01292 520543